What is the Duty to Consult?

Aboriginal peoples within Canada have a unique relationship with Canadian governments (otherwise known as “the Crown”). Indeed, section 35 of the Constitution Act, 1982, recognizes and affirms existing Aboriginal and treaty rights. Since the Crown is involved with many different matters that impact the lives of many peoples in Canada, it is paramount for all levels of government to understand and communicate with affected parties before they engage in decision-making.

To this end, in Haida Nation v British Columbia (Ministry Forests), the Supreme Court of Canada recognized that the Crown has a duty to consult with Aboriginal peoples when it is engaged in matters that could adversely affect their rights or title to land (both of which are recognized by the Constitution). This duty is rooted in the “honour of the Crown”, which is a constitutional standard imposed on the Crown to determine if it has acted properly when its servants engage affected peoples. The purpose of this duty is to reconcile the Crown’s assertion of sovereignty over the rights and land of Aboriginal territory that were formerly under control of Aboriginal peoples.

The depth of the duty to consult depends on two factors:

First, the strength of the Aboriginal people’s claim to rights or land must be evaluated.

Second, the potential impact of the Crown’s conduct of these rights must be contemplated.

For example, imagine a situation where the Crown is engaged in developing roads over land that could seriously and adversely impact the hunting practices of an Aboriginal group. As part of its duty to consult, the Crown may be required to ensure that Aboriginal peoples are engaged in the formal decision making process or that they are given the opportunity to engage in meaningful dialogue with the Crown. In contrast, only notice or a disclosure of information may be required in a scenario where an Aboriginal right to land is unsupported by substantive evidence and where the roads would likely have minimal adverse impact on such a right if title was established.

It is important to note, however, that the duty to consult does not mean that the Crown must agree or reach a consensus with Aboriginal peoples . However, the duty to consult must be done in good faith to ensure that its purpose is furthered. Furthermore, the United Nations Declaration on the Rights of Indigenous Peoples (UNDRIP) imposes a standard where the Crown is to obtain free and informed consent prior to the approval of any project affecting Indigenous rights or land. At the end of the day, these standards will require a unique approach for each individual issue that arises. In each instance, it important to scrutinize the operation of these standards in practice in order to effectively push for a better relationship between the Crown and Aboriginal peoples. 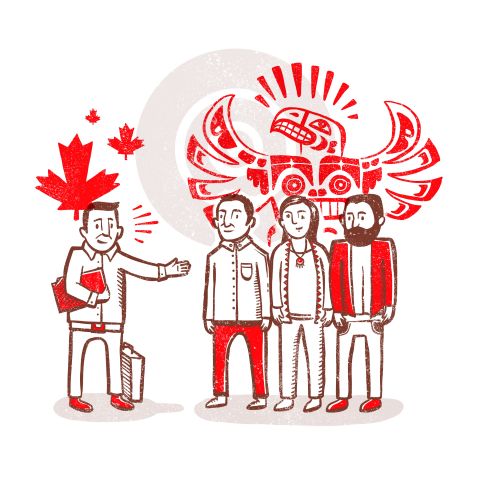