The Brains and Brawn of Criminal Law: Mens Rea and Actus Reus

At the most fundamental level, criminal law is based around a single Latin phrase: “Actus non facit reum nisi mens sit rea”, which translates to “an act does not make a person guilty unless the mind is also guilty”. This means that a crime consists of two elements: the commission of a guilty act, known as actus reus, and the presence of a guilty mind, known as mens rea.

For example, section 322 of the Criminal Code defines theft as follows:

322 (1) Every one commits theft who fraudulently and without colour of right takes, or fraudulently and without colour of right converts to his use or to the use of another person, anything, whether animate or inanimate, with intent (a) to deprive, temporarily or absolutely, the owner of it, or a person who has a special property or interest in it, of the thing or of his property or interest in it…

We can see there are both actus reus and mens rea elements of this offence. The actus reus of theft is taking something without colour of right (something that isn’t yours), the mens rea is intending to deprive the owner of the thing taken.

For actus reus to be made out there must be a voluntary commission of an unlawful act.  All actions are presumed to be voluntary, but the defence can argue that there was no actus reus because the defendant had no voluntary control of his or her actions. This was the case in R v Parks, where the accused presented evidence that he was sleepwalking at the time he killed his mother and father in law. The Supreme Court of Canada upheld Mr. Park’s acquittal on the basis that he was not acting voluntarily.

Additionally, where the offence charged includes the occurrence of specific result, the fact that those consequences occurred is another element of actus reus. For example, section 222(1) of the Criminal Code provides that “A person commits homicide when, directly or indirectly, by any means, he causes the death of a human being.” Causing death is therefore a necessary requirement for the actus reus of homicide. In determining causation the question we ask is, whether, but for the actions of the accused, would the result have happened?

Courts presume that criminal offences require some form of subjective mens rea—intent, knowledge, recklessness, or willful blindness—in relation to all aspects of the actus reus unless Parliament clearly indicates otherwise.

So when you’re wondering if something is a crime, start with “brains and brawn,” and ask yourself if criminal intent and criminal action were both present. As we’ve seen, there are exceptions, but it’s a reasonable place to start. 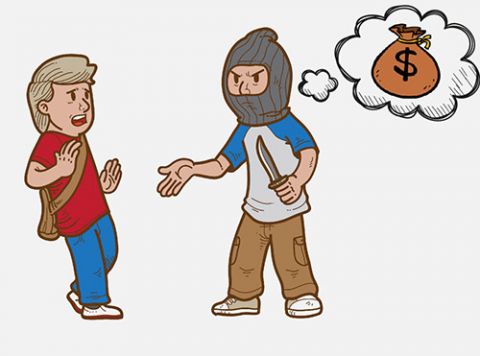