In 2007, Ashley Smith, a 19-year old inmate, took her own life after spending over 1000 days in solitary confinement. This event sparked concern and controversy across Canada in regards to the imprisonment practices inmates may face. Similar events have occurred to this day. In fact, the Federal government recently introduced Bill C-83 to combat what is perceived to be cruel and inhumane punishment of inmates who are forced into solitary confinement. But what exactly is solitary confinement? What laws empower the Correctional Services of Canada to resort to it? And what does Bill C-83 purport to change?

Solitary confinement is the practice of separating an inmate from other inmates within a prison. An inmate in solitary confinement is constrained into a small cell, with very little contact with other people. The duration can be long-lasting. This is arguably the most extreme form of imprisonment that an inmate can be subjected to.

In Federal prisons, the Corrections and Conditional Release Act (“the Act”) outlines the rules around solitary confinement. Specifically, section 31 states that the purpose of “Administrative Segregation” (a gentler wording) is to maintain the security of the prison and safety of those within in it, by disassociating inmates from each other.

The institutional head of a penitentiary can exercise Administrative Segregation where they are satisfied that there are no other reasonable alternatives, or where they believe on reasonable grounds that:
(a) the inmate will jeopardize the safety or security of the prison or those within it;
(b) the inmate will interfere with an investigation that could lead to a criminal charge or a serious disciplinary offence under the Act; or
(c) the inmate’s safety could be jeopardized if they associate with other inmates.

Section 31(2) of the Act states that an inmate “is to be released from Administrative Segregation at the earliest appropriate time”. Additionally, an inmate can be placed in solitary confinement for up to thirty days if they commit a disciplinary offence under the Act. However, there are many documented instances where the effects of solitary confinement involve serious mental and psychological harm to the inmate. In response to social, legal, and moral challenges to this form of punishment, in comes Bill C-83.

Bill C-83 seeks to replace these forms of punishment with a system that uses “Structured Intervention Units” (SIUs). The SIUs would be tailored to respond to the specific situations of inmates and it would allow them to spend at least four hours a day outside of their cell. They would also have at least two hours of meaningfully human contact and ongoing programming intended to meet correctional objectives. Keep it mind however, that Bill C-83 targets Federal prisons – not provincial prisons. In the event that Bill C-83 does become law, it remains to be seen if it will meaningfully eliminate solitary confinement or merely reproduce it in a different form, with a different name.

Interested in criminal law? We've got a full module dedicated to it in Law 201/701, Introduction to Canadian Law, and an in-depth exploration of how the government's relationship with its people (and power) works in Law 205/705, Public and Consitutional Law. Find out more about the Certificate in Law and get our free guide by filling out the form on this page! 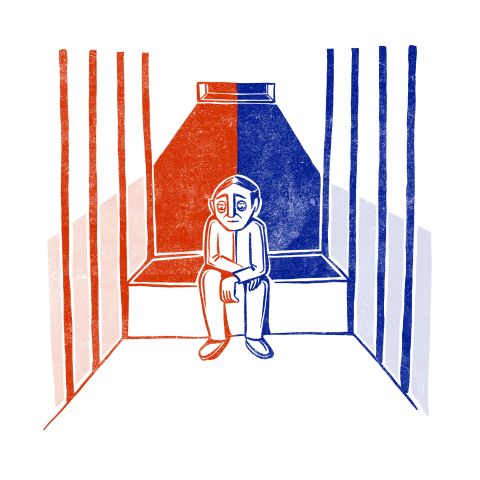