For Michael Riseborough, June was an exciting month. Not only did he graduate from Queen’s Certificate in Law program, he was also appointed as a Justice of the Peace to the Territorial Court of Yukon through an order in Council, which was followed by an Oath of Office ceremony.

Justices of the peace play an indispensable and essential role in Yukon’s judicial system through the delivery of accessible, community based-justice, which is critical given the territory’s widely dispersed population. Responsibilities can range from issuing court summons and warrants, conducting pre-trial conferences, serving as ex-officio marriage commissioners, as well as other judicial duties as determined by the Chief Judge and the Territorial Court system.

For Michael, the opportunity to serve his community as a steward of its judicial system was a fascinating prospect. “I have been a public servant most of my working life and the opportunity to continue that service in retirement enables me to contribute something meaningful back to the community I love. The opportunity to do that is a privilege I am truly grateful for.” Michael’s commitment to public service has spanned his entire career, including serving as the Mayor of the Village of Haines Junction, a Member of the Yukon Police Council, Director of Regional Economic Development with the Yukon government, Executive Director with the Kluane First Nation and more.

Through Queen’s Certificate in Law program, Michael was able to gain a foundational understanding of Canadian Law including the historical, social and economic forces shaping the law, as well as the mechanics of case law, statutes and policies. “I had served as chair on a number of quasi-judicial boards and realized that I needed a fuller understanding of the law in order to truly comprehend the adjudicative role. The Certificate in Law program provided me with the knowledge necessary -particularly in the area of Constitutional law - that enhanced my understanding of our legal system.”

For Certificate in Law Director, Hugo Choquette, the opportunity to see students from a wide demographic spectrum achieve success in a variety of sectors has been truly special. “We consider ourselves early movers in innovative, accessible and enriching online education, which has enabled broad audiences to access our programs,” said Choquette. “It is incredible to see what our students, equipped with a strong understanding of Canadian Law, can do”, he said. “Our program has attracted a wide range of students as well as mature student professions from such fields as civil construction, education, Indigenous governing bodies, provincial and federal government, healthcare, consulting, finance, NGOs, sports, the armed forces, and more.”

Queen’s Law, and the Certificate in Law program team congratulate Michael on his appointment as Justice of the Peace to the Territorial Court of Yukon, and his ongoing commitment to public service. To learn more about the Certificate in Law program, which offers seven courses that cover a unique aspect of Canadian Law, click HERE, or visit Queen's Law to learn more about our Juris Doctor program. 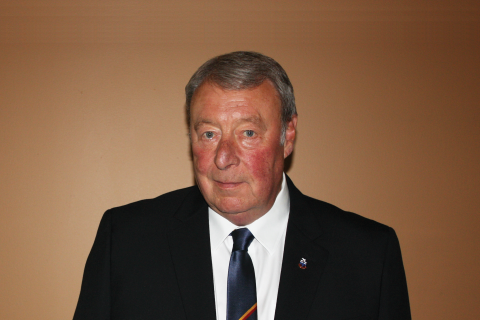