How do you fit into constitutional law?

People sometimes think that public and constitutional law is an abstract concept – big ideas that don’t affect our daily lives.

They couldn’t be more wrong.

The rule of law, constitutional rights, judicial review, and federalism—these are central issues in public and constitutional law that affect us in a real and practical way.

Specifically, how governments exercise power, and the relationship between the exercise of that power and the public.

Public and constitutional law establish the institutions and organs of government and grant them powers, but they also limit the exercise of government power. This ensures that power is not exercised arbitrarily, unequally, or absolutely. This defines how the government interacts with you!

These rule of law principles provide stability and predictability in the legal system.

Entrenched in the Constitution Act, 1982, the Canadian Charter of Rights and Freedoms provides constitutional protection for human rights in Canada. The Charter includes provisions ensuring Fundamental Freedoms, Democratic Rights, Mobility Rights, Legal Rights, Equality Rights and Language Rights. The Charter is part of the supreme law of Canada. Laws enacted by Parliament and the legislatures and all government action must be consistent with the Charter. Any limits on Charter rights must be justifiable in a free and democratic society. The Charter also provides that “[a]nyone whose rights or freedoms, as guaranteed by [the] Charter, have been infringed” may apply to a court to have that infringement remedied. Charter rights are another important restraint on government power and how the law can impact us.

Judicial review generally refers to the process through which the exercise of legal power can be challenged in the courts. The Courts can review both laws and government action for compliance with the Constitution and other legal norms. Courts are not the only bodies that can make legal decisions. Parliament and the legislatures have established a wide range of administrative tribunals.  These are designed to be less cumbersome, less expensive, less formal, and less time-consuming than courts. Tribunals can often resolve disputes in their area of specialization more expeditiously and more accessibly. Examples of tribunals include the Ontario Human Rights Tribunal, the Ontario Labour Relations Board, the National Energy Board, and many, many others. Because these bodies are delegated power by legislation, their authority is confined to the bounds of the delegation—another example of the rule of law at work! To avoid arbitrary, unreasonable, and biased, those who are affected by the decisions of these bodies can apply to the courts to have these decisions reviewed.

The power the government has over us is limited and defined by the Constitution, and explored in public law.

Federalism refers to the constitutional division of the power to make laws between the federal Parliament and the provincial legislatures. Federalism is one way that the Constitution recognizes the unity of Canada with the diversity among the provinces. Matters of national importance tend to be within the authority of the Parliament of Canada, while local matters are left to the Provinces. For example, the federal Parliament can make laws in relation to, among other things: trade and commerce, currency, criminal law, banking, and national defence. The provincial legislatures can make laws in relation to, among other things: property and civil rights in the province, municipal institutions, and the administration of justice.

Interpreting the division of powers can be legally complex, but on a day-to-day level it impacts whether you are interacting with the federal or provincial government. 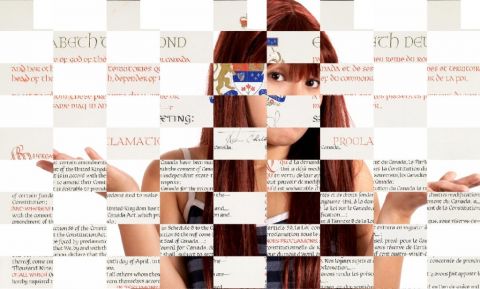 Your relationship with the Canadian Constitution may seem abstract, but it’s a document that has a daily effect on your life as a Canadian. 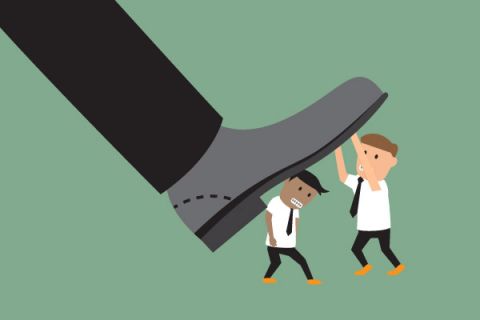 The power the government has over us is limited and defined by the Constitution, and explored in public law.