With more and more of our interactions happening online you have probably clicked yes to hundreds of terms of service agreements. It is a running joke that no one ever reads these—recently many commenters made jokes in the wake of President Donald Trump’s summit with North Korea that the Apple Terms of Service prohibit using their products for the “development, design, manufacture, or production of nuclear, missile, or chemical or biological weapons”. For many of us the question becomes: what have we agreed to, and more importantly, are we bound by clicking yes on a Terms of Service contract?

These kinds of contracts are known in contract law as “standard form contracts”—the offeror provides the offer in the form of the final contract and those who wish to accept it are put to what the Supreme Court of Canada describes as a “take‑it‑or‑leave‑it proposition”. You either accept the terms and sign the contract, or you do not, and you try to find similar services by another offeror.

These types of contracts aren’t just found in terms of service; they often take the form of liability waivers, insurance contracts, rental contracts and many others where the person accepting the offer has no ability to negotiate terms.

Because of this factual matrix and the differences in bargaining powers, the courts have recognized exceptions to the general rules of contract when looking at the enforcement of standard form contracts. For example, the general rule is that where a person has signed a contract, it is “immaterial” to their liability under that contract whether or not they have read it—the other party is entitled to rely on their acceptance. There are exceptions to this general rule for standard form contracts, the most important of which are where the signature was induced by fraud or misrepresentation, and where the other party knew or had reason to know that the person accepting the contract was mistaken as to its terms. In those circumstances, a party will not be bound by their acceptance of the standard form contract.

Another important rule is that a party offering a standard form contract does not have to take positive steps to ensure that the accepting party has read or understands the agreement or its terms. The exception to this general rule is that, in circumstances where a reasonable person should have known that the party signing was not consenting to the terms in question, the offering party must take reasonable steps to apprise the accepting party of the contract’s onerous terms and ensure that they read and understand them. This rule is why you may see onerous terms in a terms of service agreement bolded, or you might be required to scroll through the entire agreement before you can click accept. The courts have held that these kinds of procedures can ensure that those offering standard form contracts can rely on your acceptance of them because they have the effect of bringing onerous terms to your attention, and (at least in theory) force you to read the entire agreement.

In reality, most of us (even law students) do not read terms of service agreements. However, even if you don’t read these contracts, it is important to understand the extent to which you will be bound by them and the basic rules that govern their use and enforcement. 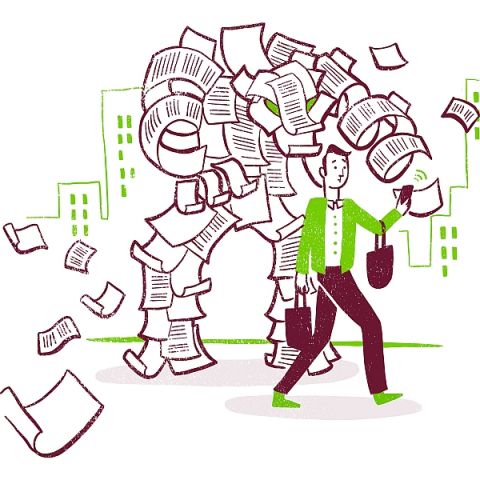