Call it a Contract: Myths and Misconceptions

It’s a word that is both ubiquitous (sports fans hear nightly about athletes’ multi-million dollar contracts) and for some, scary or intimidating (he needs me to sign a contract about that!).  It may be one of the most misunderstood words in the legal lexicon.  Let’s consider some myths and misconceptions about contracts.

If it’s not written down, it’s not a contract.  False!  A contract arises when two people, or two companies (or combinations of both) promise to do something for the other.  Like the cable company promising to provide you with Internet service, and you in return promising to pay for such services.  Thing is, it is the pair of promises that are generally the only requirement for there to be a contract – and those promises can be written, oral, or even implied by the context!  So the writing doesn’t make the contract, the promises do.

OK, but it’s MORE of a contract if it’s written down, right?  If the contract is written down, it doesn’t necessarily have more legal weight, but it is a whole lot easier to enforce.  Furthermore, it’s a lot easier to determine if you – or the other party – are living up to your obligations if there is a written record to reference.

So do those promises then have to be of equal value; does the contract does have to be fair?  Nope.  I said earlier that all we needed for a contract was a pair of promises; I didn’t say that exchange had to be a good deal for both people.  Fairness, like beauty, can be in the eye of the beholder.  Courts don’t examine what is, or is not, a good or fair deal (absent something nasty, say, like fraud).  So beware of one-sided contracts – they are still enforceable.

You mean like my cell phone contract, or those annoying “pop ups” whenever I download a new app or operating system?  Yes, those.  They are called “standard form contracts” and generally they are written to protect the provider of a service (the cell phone provider) from liability.  While they may seem a bit one-sided, they do help keep the costs of those services lower for consumers.

Does anybody actually read those agreements?  I just click “I accept” so I can get on with life.  They aren’t really enforceable against me, are they?  Well, why did you click “I accept” if you weren’t accepting the terms of the contract?  It’s really no different than signing a contract you didn’t read.  Think of that mouse click as being the same as an autograph.  You might want to read some of those terms that you’re agreeing to…

So contracts are nothing more than tools big companies use to intimidate consumers?  We have been talking about one type of common contract – the standard form contract – but contracts are incredibly useful tools to enhance and protect relationships, especially for small and start-up businesses.  They clarify relations, protect expectations and keep people from fighting.  And you can learn more about the uses of contracts in LAW 204, Corporate Law!

Peter Kissick is the course developer for the Certificate in Law’s LAW 204/704: Corporate Law course. 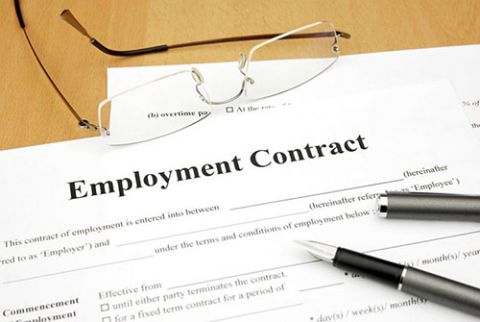