Age is just a number, but learning never ends

I was born during the war in England.  My father was a Canadian soldier and my mother, a war bride. I guess that makes me a war baby. My father was of Scottish descent and a little old fashioned. He was of the opinion that girls did not need higher education as they would get a husband who would take care of them.  Consequently, my older brother became an engineer and I, a clerical worker. I eventually found work in the Canadian government in Human Resources.  At that time, the government also employed many veterans.  They had been unable to finish their education because of serving in the armed forces.   As a result, the criteria in the Canadian government for advancement was “demonstrated ability.  This suited me well and I was able to rise in the ranks and provide a nice standard of living for me and my children which included higher education for them.

During my career, I was employed by the federal government and after retirement, I’ve been exposed to the provincial government on the perimeters of legislation, regulations, and administrative boards, so that “law” was not a foreign subject to me.

In searching for resources, I found Queen’s to be the only source of online courses that would permit a person with my limited legal education to enroll.  I would really like to take a course on legal procedures, but these are beyond my scope and probably my ability. However, these courses have proved to be very beneficial in understand how the courts work and what is required to support civil litigation.

After being admitted to Queens as an adult learner, some people my age were surprised and impressed, and some people were surprised. I have found the courses very interesting, and I have enjoyed the young people and the respect they give me.  My grandchildren think I am cool, and I hope I am inspiration to them. To be honest, I feel proud of myself.  It is good to have on paper something that shows senior people can still learn.   I am still exploring by next steps, perhaps I could become a Justice of the Peace, but legislation curtails this career at age 75. Another avenue might be to run for the local council.  I will explore my possibilities for the future when I get closer to success.  I am certain time will reveal them. 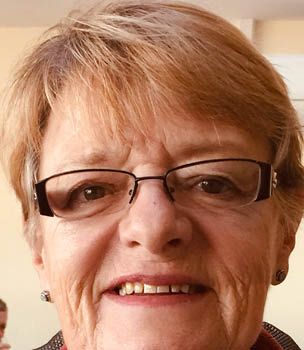